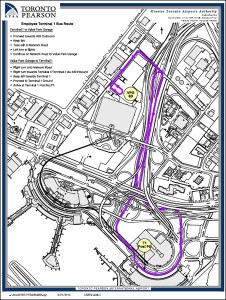 The LINK Train is scheduled to be out of service from March 19 to early October 31 to allow for construction of the Union Pearson Express (UP). During the closure, a bussing service will be provided.

Various route options were researched and tested to ensure the routes selected would best serve Toronto Pearson employees. The bus routes have been designed to replicate the same level of service provided by the LINK Train, including:

A scheduled maximum wait time of 3.5 minutes during peak hours, and a maximum of 7 minutes for off-peak times.