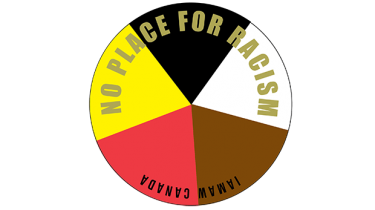 Tuesday, July 7 – Labour Unions in Toronto are united in calling for zero tolerance against racism at work and in our communities after a number of horrific hate crime incidents in recent weeks.

“Every employer and every political leader needs to show the people of Toronto there is zero tolerance for racism and hate in our workplaces and communities,” says John Cartwright, President of the Toronto & York Region Labour Council. “Those with power in our society have a special duty to speak up and take decisive actions that are bold, lasting and truly transformative.”

New headlines featuring grotesque racist and discriminatory incidents have become the norm. The Toronto & York Region Labour Council is speaking out and supporting anti-racism work in our communitites.

Yesterday, anti-racist and community activists held a demonstration condemning Toronto Police’s failure to press charges after the brutal assault on a local bi-racial couple in Toronto’s East End. Candace Zinkweg and Mark Austin were attacked on June 25 while walking their dog in Dentonia Park. Zinkweg was pushed to the ground and then kicked in the head by a white assailant before being knocked unconscious and taken by ambulance to hospital; while Austin, who is Black and Recording Secretary of United Steelworkers (USW) Local 1998, was also violently assaulted and subjected to racist abuse by the same assailant, who also uttered death threats against Austin. The assailant is known to police and still is not being charged.

“We recognize this is not occurring in isolation. There is a growing climate of racist brutality around the globe and systemic racism in our communities and our institutions,” said Carolyn Egan, President of the Steelworkers Toronto Area Council and one of the protest’s organizers. “We are demanding that the Toronto Police immediately lay charges against the assailant.”

This comes after Toronto was shocked by a series of racist hate crimes on worksites in the city.  Nooses were hung targeting black workers as a disgusting reminder of lynching. Local unions and the general contractors in both cases immediately called for a criminal investigation by police, while local communities rallied by covering the project hoarding with signs challenging hate and affirming that Black Lives Matter.

“This dramatic evidence of hate crime in our society must be addressed. This is not the first time that Black people have found a noose at work,” says Chris Campbell, Carpenters Local 27 union representative.  “Skilled workers from every background and ethnicity build this country, and we don’t want that effort to be tarnished by a few hateful individuals. No matter what the colour of your skin, everyone must feel respected and safe at work.”

For nearly 150 years, Toronto unions have joined with community activists to push for human rights policies at work and in broader society, campaigned for Employment Equity, fought for public services, refugee rights and police accountability. In recent years the crucial work of fighting Islamophobia has also been a priority, along with challenging anti-refugee xenophobia.

The Labour Council represents 220,000 women and men who work in every sector of the economy. Their policy work and recommendations are built on decades of ongoing work that encompasses the lived experience of their members and their families, the knowledge of frontline workers, the lessons from dealing with political decision-makers and working with community allies, and the learning from both gains and setbacks.

The Labour Council will be making a formal deputation at the Toronto Police Services Board Town Hall on Thursday. Entitled Unfinished Business: Community Safety and Racism in Policing, they plan to lay out recommendations on what must be done to address anti-Black racism and other forms of prejudice in two key areas: Policing & Community Safety and Public Governance.

“Q. What about Union Dues?
A. Toronto Screening Officers will have their own Local. Union dues will be established by the Local.”