Layoffs in the aerospace industry – A second wave of layoffs is emerging. 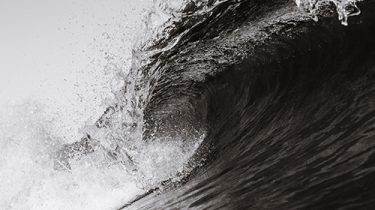 October 14th, 2020 – The fact that companies such as Pratt and Whitney and Airbus are planning layoffs is a new indicator of the severity of the current crisis in air transport and the aerospace sector.

“It’s always frustrating to hear that workers are going to lose their jobs, but it’s even more so when you consider that the federal government could have taken action to prevent this from happening,” says David Chartrand, Quebec Coordinator of the Machinists’ Union.

At a time when we are in the midst of the second wave of the COVID-19 pandemic and the federal government is slow to intervene to save workers in the industry, there is no indication that things will get better.

“I’m afraid this news is just the tip of the iceberg,” says the Quebec coordinator of the Machinists’ Union. When companies such as Airbus and Pratt and Whitney – which provide work for several other companies in the industry – announce their intention to lay off it creates a chain reaction within the industry. So, there is a risk that suppliers and SMEs will do the same in the coming days. »

The federal government’s inaction creates uncertainty for all businesses in the industry, both in Quebec and across Canada.

“The federal government has a lot of responsibility for all of this,” says Chartrand. By refusing to publicly commit to deploying a strategy to support both air carriers and the aerospace ecosystem, they are sending the message that this is not a priority for them and that only makes things worse. On many occasions, we have asked them to do something. In fact, in our last press release, we asked that the industry committee look at the future of aerospace in Canada, we are still waiting for a response. »

Uncertainty that is difficult for workers to live with

The bad news that has been piling up in recent months is beginning to weigh heavily on the shoulders of workers and their families.

“In addition to the risk of being out of work, workers in the industry feel abandoned by the federal government,” said the Spokesperson for the Machinists’ Union.

Without Ottawa’s help, the difficulties of airlines and aerospace companies could have long-term consequences.

“I can only applaud Ottawa’s initiative to invest in the development of electric cars in Ontario, but at some point, there are limits to double standards,” says Chartrand. The importance of the aerospace industry to Canada, in terms of technological economic benefits and jobs, has been demonstrated on several occasions, I would like to understand why the federal government is refusing to invest in it. In addition to having significant economic impacts during the COVID-19 pandemic, federal immobility is weakening the sector in a sustainable manner and undermining its ability to rebound from the crisis. »

The layoffs at Pratt and Whitney began today and would affect 250 workers. On the Airbus side, some 50 workers could be laid off as of December.

The Machinists’ Union (IAMAW) is the world’s largest aerospace union with more than 184,000 members in 1,000 collective agreements. Active in Quebec’s aerospace industry since 1940, the IAMAW now represents 65% of unionized workers in the sector. This includes members of the Machinists at Bombardier, Airbus, Rolls-Royce, Stelia, Héroux-Devtek, Safran Landing, L3-MAS, AJ-Walter, Air Canada, Air Transat.

“Q. As a woman working at Garda, how will the IAM address our concerns?
A. The IAM has an entire department for women’s issues. Offering women’s leadership training, support workplace Women’s Committees, Women’s Conventions and equality for all.”