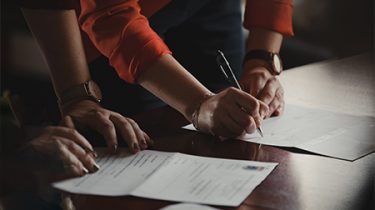 More than 100 workers voted to join the Machinists Union in April 2019 and have tried to bargain for a fair contract for more than two years at Cascades Containerboard in Niagara Falls, New York. In that time, workers have faced an aggressive anti-union campaign put on by your company which has permanently sub-contracted their work, resulting in layoffs and drastically reducing their annual bonus by 20 percent.

What kind of behaviour is this from a Quebec company!!!

It’s frustrating to see a Québec flagship act in this way, especially since Québecois are shareholders in the company through the Caisse de dépôt et placement du Québec. All workers deserve to be treated with respect and fairness, whether from Québec, New York State, or elsewhere

“Q. What happens if I sign an IAM Union Card?
A. By signing a card, you indicate to the Ontario Labour Relations Board that you desire to hold a certification vote. In order for the IAM to file an application with the Labour Board to become your bargaining agent, they have to file with the Labour Board proof that a significant number of Garda workers want to vote on joining the IAM. We urge you to fill out the card. By returning it to us, you will indicate to the Labour Board that you want a certification vote to authorize the IAM to become your bargaining agent.”