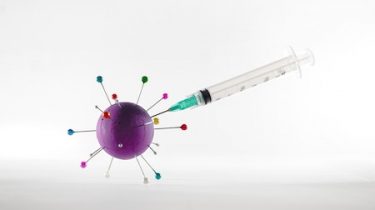 As the deadline looms for compliance with mandatory workplace vaccination policies, many workers are left wondering what happens if they’re placed on an unpaid leave of absence. Earlier this week, the EI program notified stakeholders that workers placed on unpaid leaves of absence due to non-compliance with a mandated vaccination policy in their workplace, will not be eligible for EI benefits.

In exceptional cases, the EI program may contact a worker to determine if the employer’s policy was;

Employers would be required to provide documentation proving their policy was widely distributed, and most importantly, that workers were aware of consequences of non-compliance.

The EI program has instructed employers to code unpaid leaves of absence due to COVID-19 vaccination policies as either a worker quitting their job, or that they’re on a leave of absence. In either case, EI regulations are such that workers are not eligible for benefits.

The IAMAW, along with other affiliated unions through the Canada Labour Congress, approached the federal government and recommended that workers not be penalized. Unfortunately, business interests spoke louder, and the Liberal government, once again, ignored worker’s voices.

“Q. I have signed a card with the CAWU. Can I still sign the ‘IAM Card’?
A. Yes. We would encourage you to sign an IAM card. This will help us get a vote at the Labour Board.”