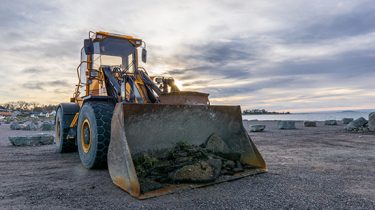 Surrey, B.C. – More than 700 members of IAM Local 692 working for Finning across British Columbia and the Yukon voted in the second round of the contract ratification and accepted a new collective agreement.

The three-year deal brought a wage increase of 1% per year over the first two years and 2% in the final year. A workshare program was initiated by the employer, but it is voluntary, meaning members can decide whether or not they will participate. Other language changes are also incorporated in the agreement.

“There were many challenges while conducting the vote,” said Chris MacDonald, Business Representative of IAM District 250. “There were 29 different seniority lists, 29 different sites, workgroups and branches located in BC and the Yukon.”

Reo Elkin, also a Business Representative with DL 250 added, “With such a large geographic area, inconsistent access to the internet and cellular service, communicating with our members was difficult, to say the least.”

Morale among the members was low – changes in the structure of the company and moving work from small to larger centres caused uncertainty and discontent. The major concerns were job security, pensions, wages, benefits.  The company did not have proposals to remove any benefits but would not move on any of the Bargaining Committee’s proposals.

The members of LL692 made no concessions, but gains were almost impossible with an intransigent employer, despite profits of over $200 million in the last fiscal year.

Elkin and MacDonald wanted to thank the Bargaining Committee who put their lives on hold in order to come to an agreement for their members. The Steering Committee also received praise for distributing materials to the many worksites, despite the vast distances and incredible timelines in order to conduct the vote.

IAM Local 692, chartered in 1919, celebrated its 100th anniversary last year. They represent members across British Columbia and the Yukon.

“Q. As a woman working at Garda, how will the IAM address our concerns?
A. The IAM has an entire department for women’s issues. Offering women’s leadership training, support workplace Women’s Committees, Women’s Conventions and equality for all.”